Beyond rationality: We love nice stories 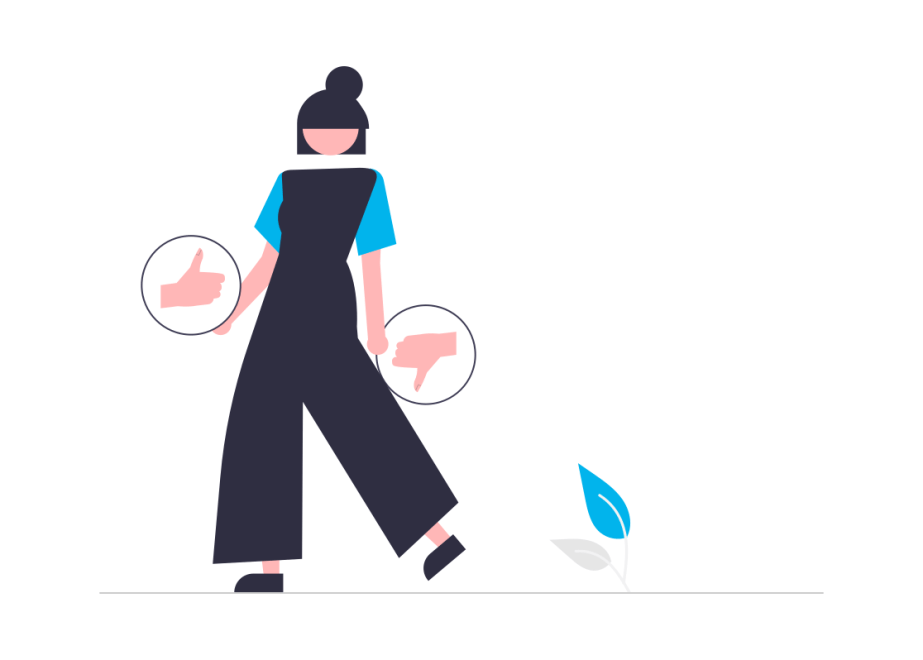 This cognitive experiment was run in the 1940s by 2 psychologist Heider and Simmel.

The scholars discovered that many people who watched this abstract film were quick to see a story unfold. In those simple shapes, viewers often saw characters with emotions, motivations, and purpose.

In reality, the animation of the shapes in the movie were randomized. How to explain it?

Our brain does not like randomness. Randomness is boring. We prefer nice stories.

We have a new job promotion. We have kissed for the first time our new girlfriend. We have won 4 times in the casino. This is our day of chance, we should continue playing (gambler’s fallacy)! This is a much nicer story to tell than just saying that we have had today an accumulation of positive but independent events.

This appetence for story-telling leads us to often take correlation for causality, and to draw conclusion from a limited number of data (small sample bias).

Let’s take the example below of a perfect correlation between the number of suicides by hanging, strangulation and suffocation and… US spending on science, space and technology.

Even if the correlation is nice, there is obviously no causality between this 2 phenomena, even if we are strongly tempted to find a nice story to tell…perhaps the US spending is so depressing that it generates a high level of suicides?

This heuristics strongly influences our financial decisions and leads a number of specific biases.

This bias, also known as the Monte Carlo fallacy or the fallacy of the maturity of chances, is the incorrect belief that, if a particular event occurs more frequently than normal during the past, it is less likely to happen in the future (or vice versa), even if the events are in fact independent.

This fallacy is commonly associated with gambling and investing, where it may be believed, for example, that the next dice roll is more than usually likely to be six because there have recently been fewer than the usual number of sixes. In the case of investing, it can be that, since a specific fund has decreased during 6 consecutive days, there is a high chance that it will go up on the 7th day.

Survivorship bias is the tendency for failed companies to be excluded from performance studies because they no longer exist. It often causes the results of studies to skew higher because only companies that were successful enough to survive until the end of the period are included. For example, a fund company’s selection of funds today will include only those that are successful now. Many losing funds are closed and merged into other funds to hide poor performance. In theory, 70% of extant funds could truthfully claim to have performance in the first quartile of their peers, if the peer group includes funds that have closed.

This the tendency to search for, interpret, favor, and recall information in a way that confirms or supports our prior beliefs. We are convinced that the luxury sector is highly profitable. Before investing, when we will look at the description of mutual funds, we will only focus on the positive aspects of the description if the fund invests in luxury, and only on negative features for fund which do not. If we do not do so, our global story will be inconsistent…

This behavior is a defense mechanism (ego defense) in which apparent logical reasons are given to justify behavior that is motivated by unconscious instinctual impulses. You have invested in the luxury sectors in the past. You do not remember why. The sector of luxury collapsed. Your relatives tell you that it was not a very good idea to invest so much in this sector.

You may rationalize a posteriori your choice to make it consistent and rational (i.e. to have a nice story to tell). You may explain that this investment was very rational, and that this decrease means than a huge increase will follow soon and make your investment even more profitable